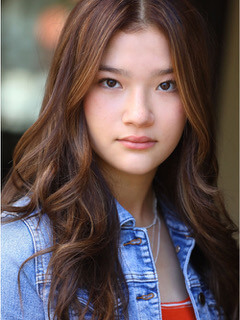 The highly anticipated movie musical “13” recently announced their full cast, with our very own Frankie McNellis in one of the leading roles. This Netflix adaptation of the Broadway Musical features a score by award winning Composer Jason Robert Brown. Debra Messing leads the cast.

Frankie has appeared on the hit show Black-Ish and is a lead in the upcoming film Honey Girls.