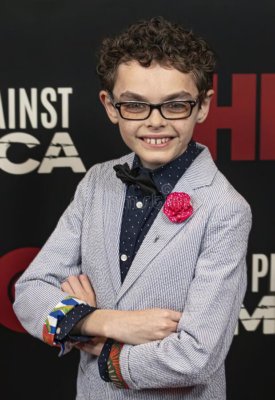 Jacob Laval, (John Mulaney’s Sack Lunch Bunch) stars in this new mini series exclusively on HBO.  Based on Joe Roth’s fantastic Novel – an  alternate American history during World War II is told through the eyes of a working-class Jewish family in New Jersey as they endure the political rise of Charles Lindbergh, who captures the presidency and turns the nation toward fascism.