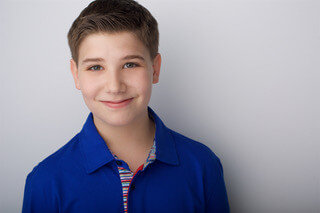 The name of his musical The Perfect Fit, couldn’t be more Perfect for our current times. The show initially premiered in the Summer of 2019 on the festival circuit led by Multi Tony Award winner, Ken Davenport. From there it got a concept album distribution deal with Broadway Records, and then found its way to play New World Stages this November, when the entire industry was shuttered. At 14 years old, Turchin became the youngest composer and music director in history to play an Off Broadway House. The producers of the musical have their eyes on a Broadway bound premiere in the near vaccinated future.