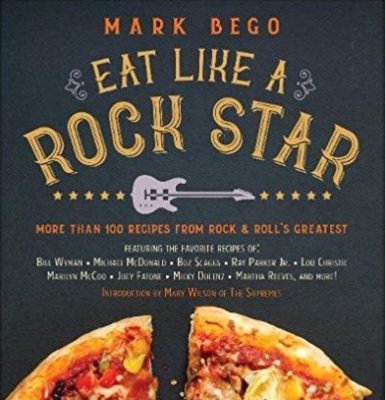 With more than a hundred recipes from seven decades of rock ‘n’ roll, pop, country, RnB, and disco, Mark Bego, along with Mary Wilson of The Supremes, gathers beloved recipes from legendary rocker friends and invites the ultimate music fan to put on an apron and join them at the table. Featuring each rock star’s biography, their favorite recipe, and other fun facts, Eat Like a Rock Star is a must-have for every die-hard rocker-at-heart who loves to eat.

Mark has appeared on the New York Times Best Sellers list multiple times over his long career. Eat Like a Rock Star is currently being developed as a television project through our Packaging Division.