Peyton Ella Cast in Her Fourth Production of Annie 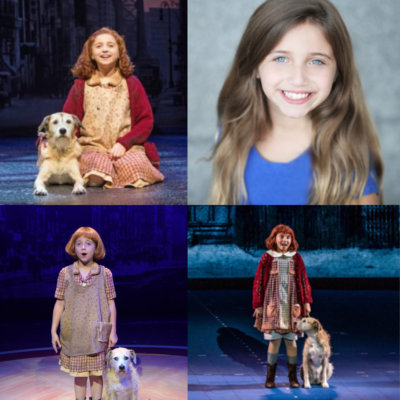 Peyton Ella is currently cast in the title role of “Annie” at The Wick Theatre; however, Ella is not new to the role. She has been cast as Annie three previous times, making her role at The Wick her fourth. Ella’s previous “Annie” appearances were at the Muny, the Westchester Broadway Theater, and the Paper Mill Playhouse.

“Annie” featuring Peyton Ella will run at The Wick from November 29th to December 23rd.