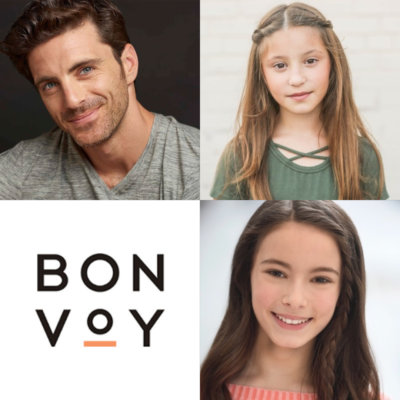 Our Joey Mintz, Devon Roth, and Gianna DePreta were featured in a national Marriott commercial launching their new global campaign called “Bonvoy.” The spot aired as a part of this year’s Academy Awards. Mintz, a guest at a conference table, Roth, one of the girls diving into the pool, and DePreta, the girl playing chess, were all seen saying “Bonvoy,” the through line of the commercial.

The full commercial can be viewed here.