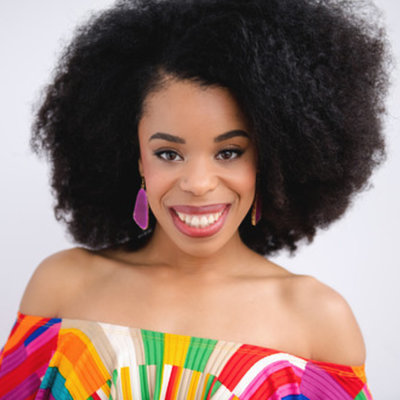 Tiffany Denise Hobbs is a recurring guest star on the TNT comedy Claws. She appears as Penelope Van Summers on Episodes 2 and 3 of the show’s third season. Previously, Tiffany has also been a co-star on SYFY’sHappy and FX’s Atlanta, and been in Waitress on Broadway and Much Ado About Nothing as a part of Shakespeare in the Park.